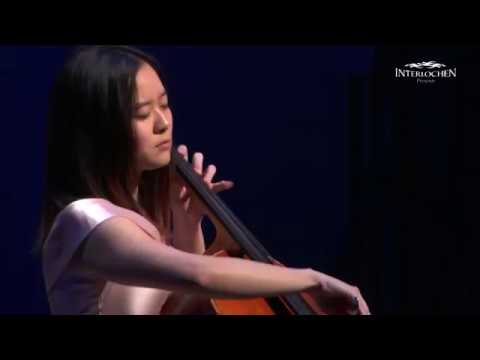 Esther Chae (cello), 17, a junior at the Interlochen Arts Academy, made her concerto debut with the Coral Gables Symphony age nine. A Jack Kent Cooke Young Artist and 2019 YoungArts Winner, she has been featured twice on From The Top, in addition to being broadcasted on Interlochen Public Radio, Wisconsin Public Radio, WLRN Television, and the Miami Herald Newspaper. Esther has performed with the Alhambra Orchestra, New World Symphony, Greater Miami Youth Symphony, New World Orchestra, and the Amernet Quartet in the Saint Martha-Yamaha Concert Series. Esther has earned acclaims in national competitions such as the Blount-Slawson Competition and the Kennesaw Young Artist Competition, as well as participated in masterclasses with world-renowned cellists such as Lynn Harrell and Judith Herbert at the Academy of St. Martin in the Fields. She was a winner in Interlochen Arts Academy’s concerto competition in 2018.