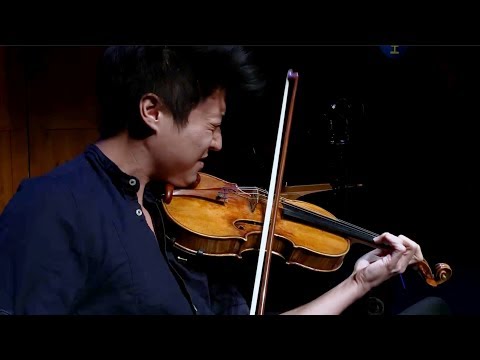 From the Vilar Performing Arts Center in Beaver Creek, Colorado, this week’s From the Top features the ground-breaking violinist Charles Yang as the guest host. He’ll share the stage with a joyful teenager whose winning personality propelled her to take home the gold medal at the prestigious 2018 Stulberg International String Competition. We’ll also meet a young erhu player, an instrument known to some as the “Chinese violin”, who plays “Taichi Warrior of Erhu” by Chen Jun.

Release date is when this show is released to NPR stations, here on our website, and to our podcast. Shows are released on a weekly basis; please check your local NPR station listing for the actual airtime in your market. If you'd like, you can visit NPR's "Find Stations" page to look for your station.

Scott Quirk’s performance is part of From the Top’s New Music Series, supported in part by the Amphion Foundation and the Aaron Copland Fund for Music.